← more from
Mushroom Hour Half Hour 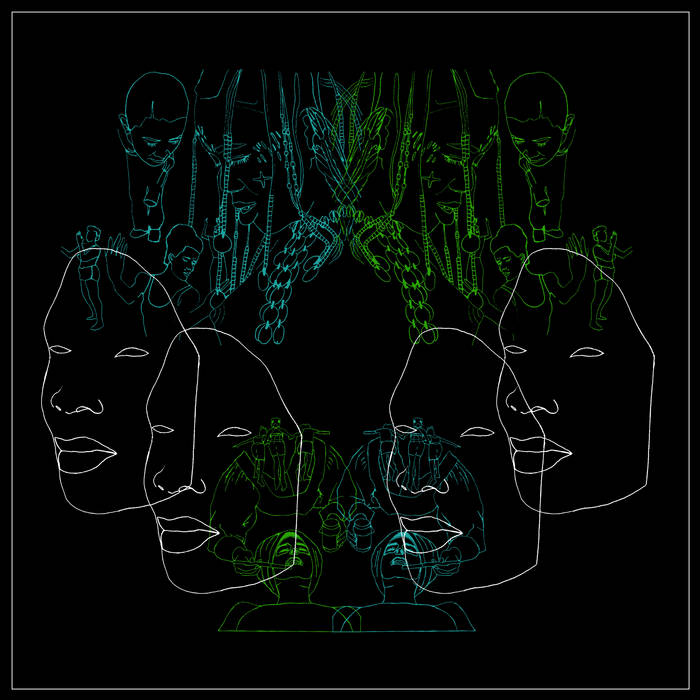 Kinosophia I feel there are a lot of revelations into this little album. Its pure and wise energy that make you move from inside to outside. Pure magic, love and healing energy, it vibrates in so many dimensions. P.L.U.R.

"this is absolutely brilliant" Gilles Peterson

buffering juju, the title of dumama + kechou’s debut album, relates to the process of “excavating spiritually charged content from within”.

the duo’s textural sound, driven by cyclical song structures and chant making, not only captures the angst of the modern world but mines this state of affairs for regenerative potential. their approach to music is a coalescence of their respective individual journeys into the self and society, making their sound – described as nomadic future folk music - the sonic result of an organic meditative process.

dumama + kechou met in cape town in 2017. it was a time of intense socio-political upheaval in South Africa, coming off the back of student-led protests for free education and the wider societal striations those protests exposed. this period coincided with individual spiritual breakthroughs for the duo, signified by fruitful study and mentorship projects.

for dumama (who is from the eastern cape province in south africa), the period marked the beginning of a life-changing mentorship with legendary elder, madosini. madosini is a celebrated composer and instrument builder in south africa known for her stage genius and improvisational ability.

for kechou (of algerian-german descent but born and raised in germany), studying at the south african college of music in cape town was important in that it was a location from which to pursue african music (with a particular focus on north african instruments) in an environment in which the western gaze was more discernible. This status quo led kechou to deeper critical investigation of the oppressive dynamic surrounding the framing of african music.

the initial clutch of shows that etched the dumama + kechou sound were marked by their fortuitously-timed meeting. there was an instinctive pulse to the interaction, not to mention the vast sonic and conceptual possibilities it blew open. “i guess we were in similar places with our music processes in trying to push healing music to the edges and be more experimental with it,” says dumama.

the result is that buffering juju plays out as a lush narrative meeting its sonic equivalent; one whose world is self-contained and interwoven. the narrative unravels as a piece of magical realism informed by south african folklore and reality, detailing a woman’s liberation story where the characters shift shape and traverse multiple realms, deploying various iterations of their power or lack thereof. “it has an organic, natural, cyber and modern kind of energy - all rooted in african aesthetics of sound and storytelling,” says kechou.

All of this sits on a bed of the duo’s unique musical language, one that, although applied electronically in the form of looping and soundscaping, is founded on approaches to string, vocal and percussion tones that reflect a merger between northern and southern african heritage.

recorded primarily in cape town and johannesburg over the first quarter of 2019, buffering juju is a conduit to a past we were not necessarily present for, and a future where threatened indigenous technologies thrive in an increasingly digitised world.

lovingly presented to you by dumama, kechou + mushroom hour half hour

Bandcamp Daily  your guide to the world of Bandcamp

Featuring Gary Bartz, 5 years of Rhythm Section Intl and an LP of the week by Nicolas Jaar